January 31, 2012:
Filter 4 (posted on November 13, 2011) has been frozen intermittently since the end of December 2011. We had a massive snow/ice storm here in January, and I am still cleaning up the damage (nothing serious, but some very close calls with large trees), and this will be weeks of work. Because of these situations, the output has not been tested yet. The output water is “clear”, and has a “fresh water smell” similar to the fresh air after a rain shower, and the output water does not form bubbles on the water surface as it flows into the container (indicating reasonable purity) but still the turbidity is not satisfactory. Visual inspection with a low power red laser indicates that the turbidity has not improved significantly since the water started “looking” clear. As of now (Jan 31, 2012) there has been a 5 day period of continuous running time since the last freeze. If the current non freezing weather holds, the tests will go in, hopefully, at the end of this week on Feb 3 2012. More later, as I get time. 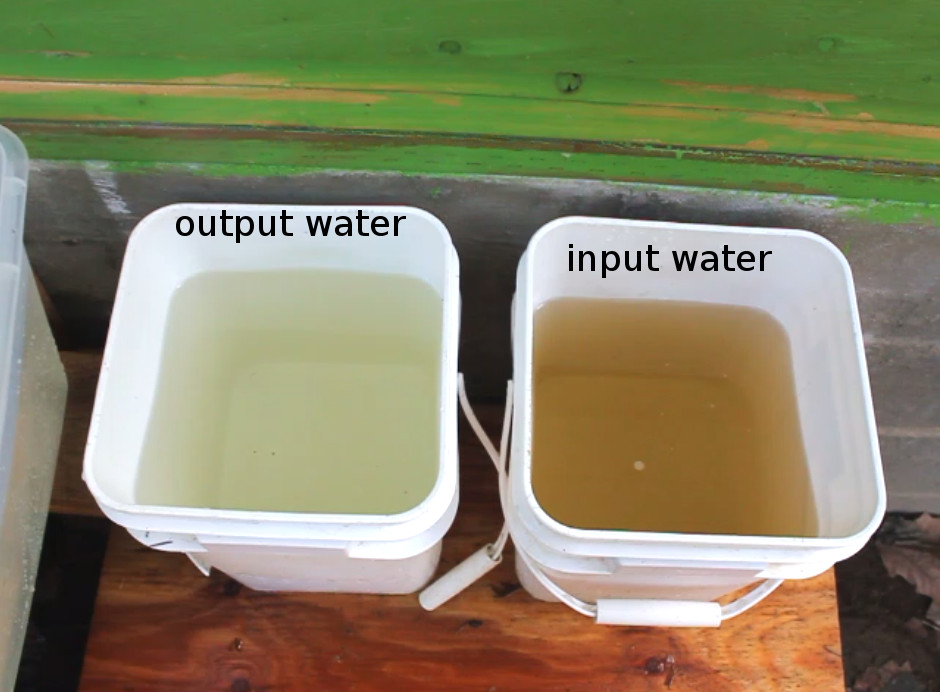 Input and output water for Filter 4. This is output and input on an ongoing basis.